Click on the banner above and come say hi in our Discord to get an exclusive role!

Small announcement as Labyrinth City: Pierre the Maze Detective is qualified for this year’s Digital Dragons’ Indie Celebration that will be held on May 13 and 14 (so, quite soon). As part of the event, we have put a demo online on Steam, so if you already have an account there and wish to see how the game has improved so far, you can head over there: https://store.steampowered.com/app/1421790/Labyrinth_City_Pierre_the_Maze_Detect...
As a small note: We do plan to put another demo on itch.io once we are closer to release, in order to let players appreciate the final version of the demo levels, but the Indie Celebration requires a Steam demo, so we went for that platform exclusively this time. We haven’t forgotten you in the back, who only lurks here, though, so expect some news in the coming weeks :D 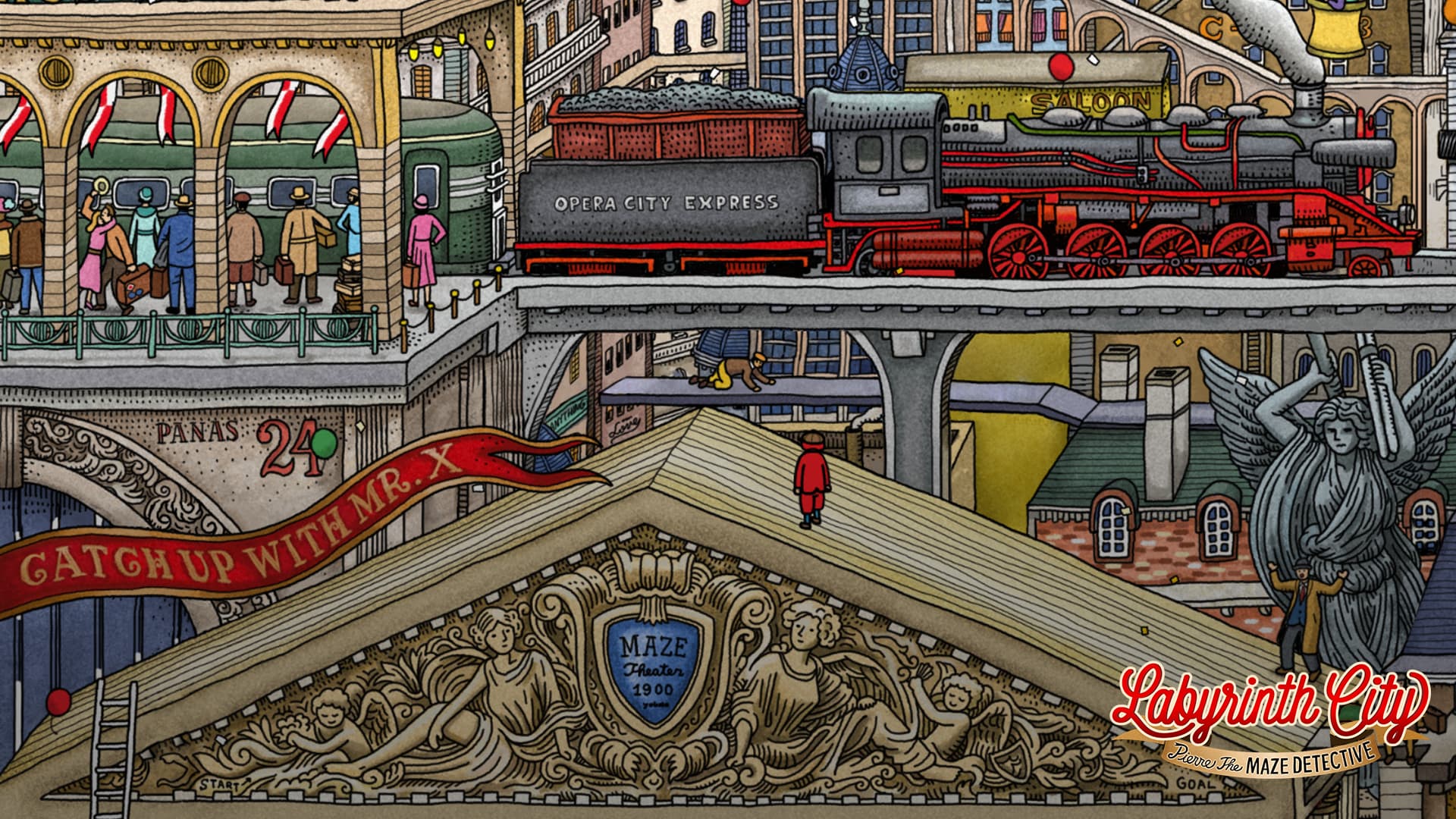 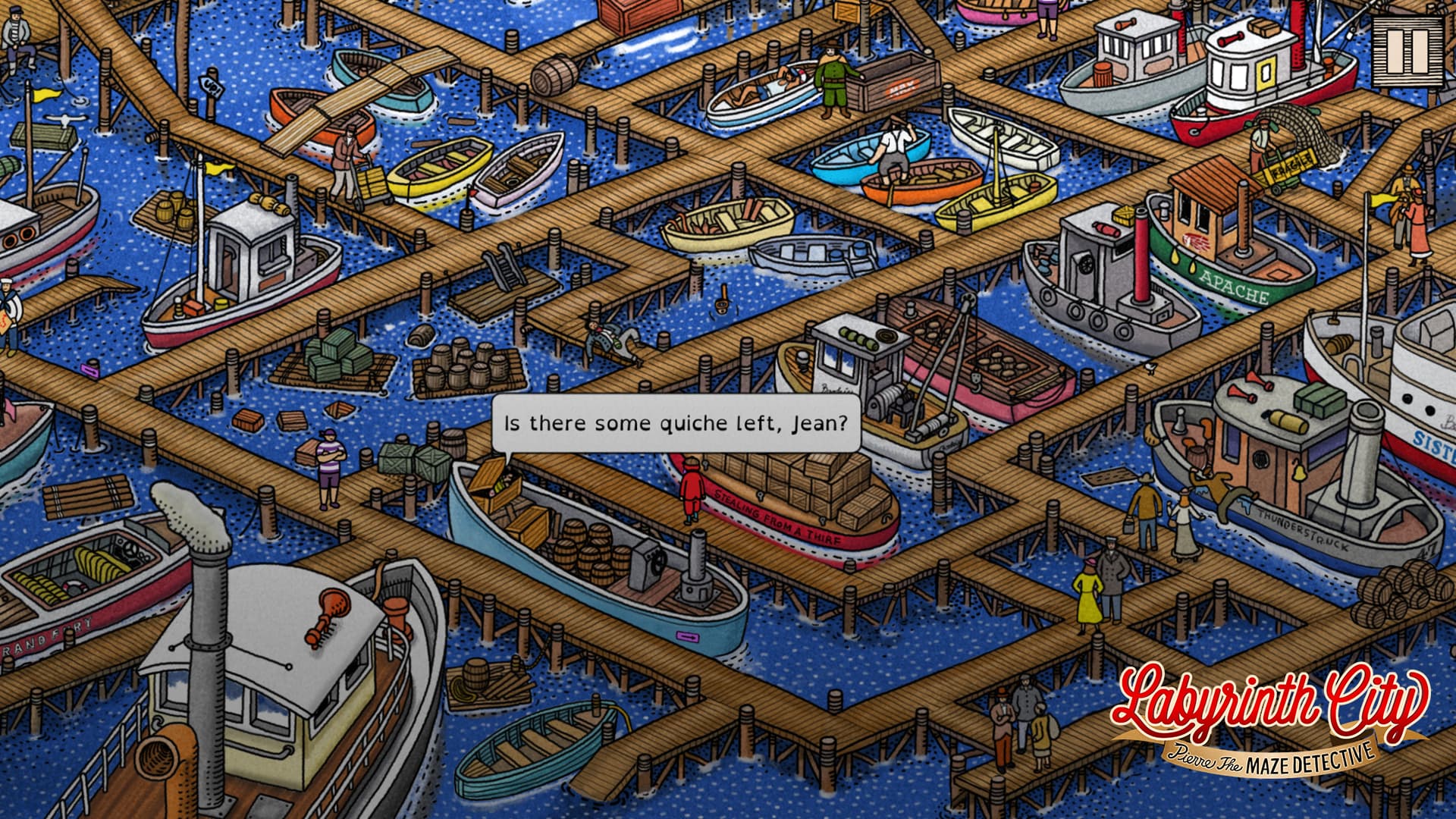 EdenGenesis1 year ago
In this video the IC4DESIGN team are playing the Labyrinth City on Nintendo Switch!
Reply
Esperid1 year ago

Hello your game looks pretty cool, but i'm boycotting steam. Do you plan to release it on GOG or itch ?

I don't use Steam, so I was wondering if you will release the game here on itch. That would be great!

Thank you for your message! We might put the game on sale on itch.io in the future, but it is not certain for now (something to do with our publishing agreement).

In any case, we'll update people here if/when there is a change to that!

Hey there, do you have any updates on that matter? Merry Christmas to the team behind Labyrinth City!

I'm so excited. When will it be released?

The game will come out on PC on June 22 on Steam, and a little later for Nintendo Switch and mobile (but this Summer no matter what) 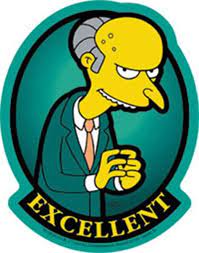 This looks so professional. Do you have a team? How much time did it take to create? Good luck...

Thank you! Yes, we are a team! The artwork (the maps) is from a Japanese illustration studio called IC4DESIGN. They are the ones behind the Pierre the Maze Detective children’s book series, and they are very (VERY) talented.

Our team is dedicated to animation and programming, so we sliced the maps and characters, created the animations, populated the levels, crafted the interactions, wrote the dialogues, prepared the cutscenes, and devised the code of the game.

To give you a better understanding of who we are, our studio is specializing in animation and video (we work on documentaries before, and we also produce a French children TV series), so that is the part that we focused on for Labyrinth City. We have previously launched 2 games (Californium and Homo Machina), and both also revolve around books. Californium accompanied a documentary on Philip K. Dick, while Home Machina is more of the ancestor of Labyrinth City in the sense that we animated a book about the human body by author Fritz Kahn (he is considered the father of modern infographics, because his art is very visual).

We have been working on Labyrinth City for the better part of 2 years almost. The project started in 2019, but the bulk of the work on programming and animation happened in 2020.

I see a really good work and professionality here. I'm trying to build up a team and do some work, so it's important to see some inspirational projects like yours:)) I wish good luck for you. Following your news:)

Thank you for your words and good luck with your own project! Looking forward to seeing your game :D

It looks absolutely perfect! If you want to translate the game into Brazilian Portuguese too, I would really like to help. :D

Thank you for your kind words!

We might translate the game into PT-BR later on, when that is confirmed, we’ll definitely let you know!

so when will it be out

We are hitting a little snag with the game currently, but we aim for a release in May/June ><

Thank you for your patience!

Wow! This looks so cool!

When I was a kid I absolutely adored the Usborne Young Puzzle Books, and recently I've been thinking back on them and kind of missing the novelty of doing them for the first time. This looks it'll scratch that itch perfectly. You are doing blessed work, here.

Hahaha thank you for the kind words! Hope you will enjoy the full game once it is released!

this game is so unique and beautiful. it reminds me the wonderful old days as well. :)

the video game medium needs more of this

If you haven't noticed their announcement above, it said that they removed the demo version, but they will upload the download link for the full(?) game, just need to be patient.

I loved it!! :3 I played alot of these types of games when I was a kid. I really appreciate the work put into this game! Here is my gameplay if you want to see:

Hahahahah I am enjoying your playing of the demo! So, there is indeed no sound in the main menu in this version, but it’s been added since then, no fear!

I love the books, so I'm soo exited! What platforms will it be available on?

The game will be available on PC, Switch, iOS and Android, and *possibly* Mac and Playstation

Excellent! You're the best!

Hahahaha yes! The game does have a similar style to the Usborne books!

The demo is not available yet, but we plan on making it public before launch so more people can try it out :)

Aaaw thanks a lot for the kind words and the feature!

Also, WASD do not work in that version, but support has been added since then :)

Haha that’s awesome! We hope you enjoyed the first level as much as the second one!

Oh I loved this books and I always read them in the library if they here available.
Is there a chance this game is going to get a Mac version?
I would love to play it. (ﾉ◕ヮ◕)ﾉ*:･ﾟ✧

Sorry for the late reply. A Mac version is being discussed, it is not 100% sure yet, but we’ll be sure to update everyone if we decide to do it!

I too would be interested in a Mac or iPhone/Pad version!

There will be an iOS version for sure, and the Mac version is still under discussion, but is very likely to happen :D

My mom would love to play this on her tablet!

Haha we do have a mobile version coming up as well, so she might! (And the game does look real good on a phone/tablet screen. It’s full of colors!)

Thanks for the kind words!

We are coming to Switch in May or June 2021 (exact date yet to be confirmed), and we are also looking into other consoles, but nothing sure yet.

We’ll definitely let people know once we get any certainty :)

We are currently discussing the possibility of porting the game to PlayStation ;)

Click on the image above to come say hi in our Discord server and get an exclusive Mazerunner with an Itch role! 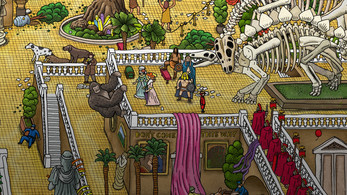 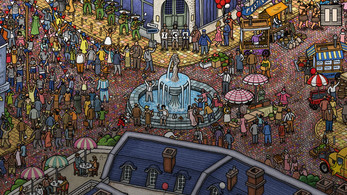 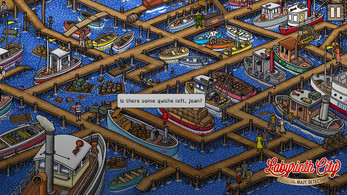 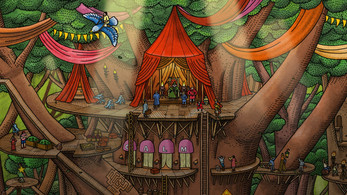 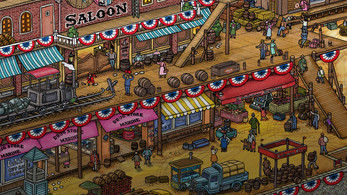 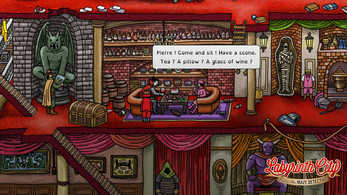 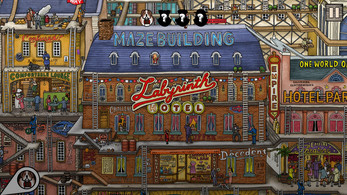